It seems like a lifetime ago since Mr K and I first met, we've crammed quite a lot into the 9 years that we've been together. In fact since we met we have: moved house 3 times, been on some lovely holidays abroad, got married, grown our family to include 2 goldfish (who sadly didn't survive the second house move) and of course our 2 beautiful daughters - who have survived all the house moves!

So where did it all begin, well we met in a pub on a Friday night (4th December 2009!) we started chatting, we had the same sense of humour and before long the banter was flying backwards and forwards.  I couldn't remember the last time I'd met a guy that made me laugh as much as Mr K did. At the end of the night we swapped numbers and there might have been a small kissing episode (something we both still argue over now as to who kissed who first).

Over the next few weeks we talked and text every day, went on a few typical dates - meals out, nights at the cinema, and a trip up to London where we spent the day as tourists even though we only live a 40 minute train ride from the city!


In June 2010 we moved in together - was it pretty quick? probably - 6 months after we met we were living together. Did it change our relationship? definitely - its hard to keep the romantic spark alive when you're both working full time and there's exciting stuff like food shopping and washing up to do! After a while 'date nights' became a thing of the past and we were both quite happy to stay in with a movie and a pizza.

Fast forward to 2011 and we decided we wanted to start a family and in October 2011 we found out we were expecting our first addition.  I can still remember the conversations we used to have in the middle of the night - what would we do if the baby was ill? what would we do if one of us was ill? What would it be like to be a family of 3? Back then neither of us knew the answer to most of our worries was to wing it!


With the addition of Sophi to our lives in 2012 we soon realised we needed to move - who knew mini-humans came with so much stuff.  So this brought on house move number 2 - just a bigger property not far from our first house. After a busy few years with a new baby and new house it was time for us to stop the madness and enjoy being a family of 3.

In early 2015 we decided to get married - we booked the date of 25th September in April that year and within a few weeks, with a bit of help from Ebay and inspiration from Pinterest our wedding was organised. Neither of us wanted a big fancy day, just important family and friends. As long as Sophi had a part in the ceremony that was all that mattered.


The day before our wedding we made a booking to view a new house (who even does that??), we fell in love with the house and put in an offer - which was accepted.  I guess our life together has always been pretty chaotic and to be honest I wouldn't have it any other way.  So 5 months after getting married in February 2016 we moved house again! After a few months of relatively calm, normal life we decided it was time to expand our family and in July this year we welcomed Harper* into the madness.

So as you can see its been a bit of a rollercoaster ride - lots of house moves, babies, and mad decisions at even madder times but we've come through it all.
10 years together next year Mr K - who'd have thought it?

*There's a separate blog post which tells all about Harpers super quick arrival if you fancy giving it a look - its a bit of a shocker!

It seems like a lifetime ago since Mr K and I first met, we've crammed quite a lot into the 9 years that we've been together. In fa... 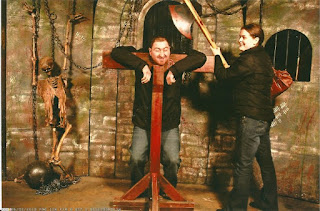 The Diary of Mrs K
I’m married to Mr K, mother to 2 mini humans (S is 6 years old and H is 15 weeks!). This is just a little look inside my world of marriage, motherhood and generally winging it!